Back from Barcelona (Photos to come) and it is at last the day of Bryony’s birthday. I know I decided against giving the first pendant I made due to Bryony not really liking clay jewellery but ironically I still ended up making a pendant out of clay for her. This time it was met with approval though from family members. They thought the last one was not Bryony’s thing and I have to admit that they were probably right. (I’ll post it for you to look at anyway soon)

Here is the pug pendant I made her, It is smaller than it looks, about the size of a 5p I imagine. The box is small earring size. 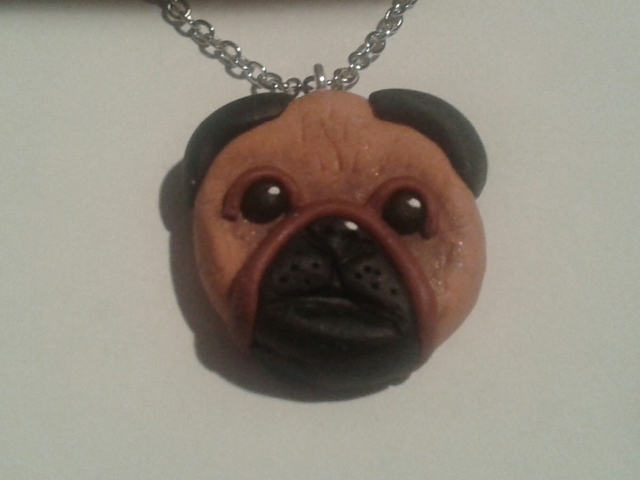 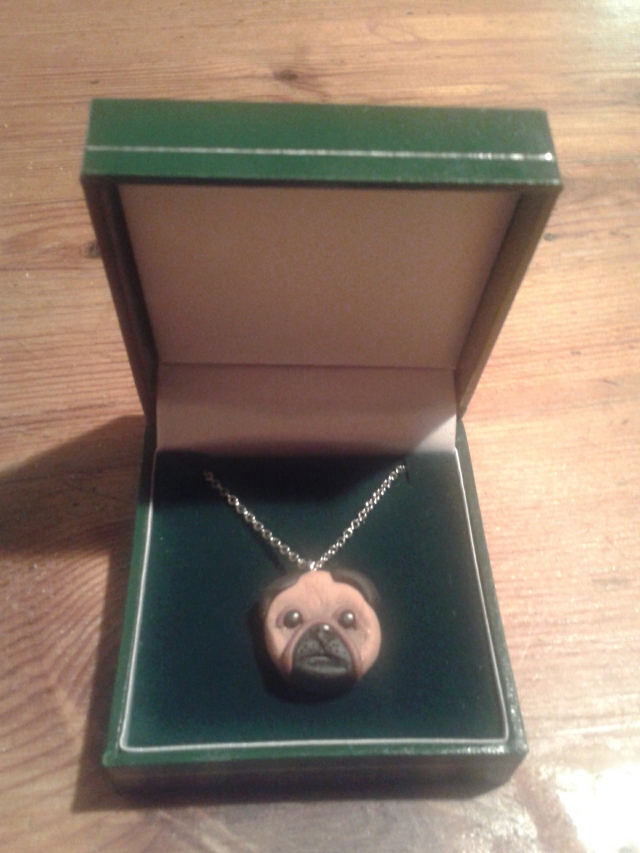 Thank to Gayle Utter for the tutorial;